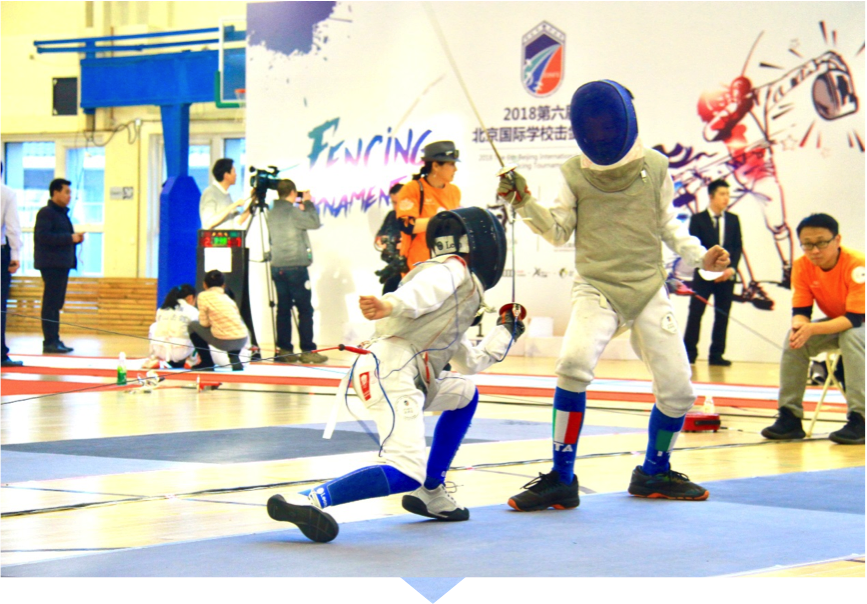 The 6th Beijing International School Fencing Tournament was held in Beijing on January 28, 2018. Nearly 170 young fencers from 28 international schools in nine countries crossed swords at the tournament. It was the first time that the Beijing Kaiwen Academy (KWA) fencing team had attended the tournament. After fierce fighting, the team won gold medals for U8 Men’ s Sabre and U8 Women’s Foil, a silver medal for U10 Men’s Foil, and third place in group points.

The KWA fencing team was established in October 2017. With their scientific and effective training methods, professional coaches Mark and Liu Kris have quickly improved the team’s combat effectiveness in just three months. At the tournament, young KWA fencers demonstrated a strong psychological quality at critical points of the competition.

Xu Wenxin came forth for the first battle with a veteran opponent. Calm and composed, she captured a gold medal for U8 Women’s Foil after winning three innings in a row, creating a good start for the KWA team. 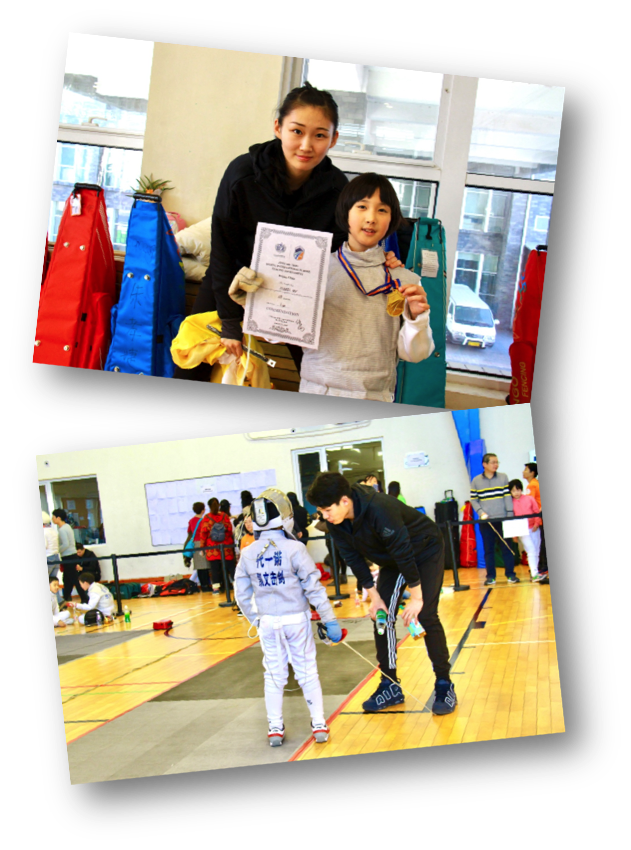 Dai Yinuo, a first grader, was the youngest member on the KWA team, but he acted like a “newborn calf that is not afraid of tigers.” He made quick tactical adjustments when he was lagging behind and eventually won a gold medal for Men’s Sabre by defeating his opponent 10: 9 with a nice defense counterattack. 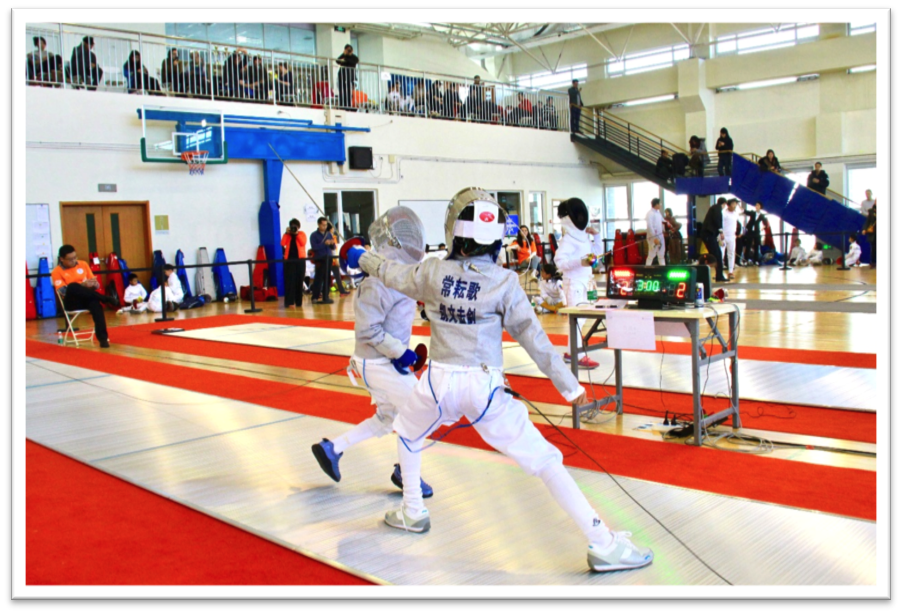 Chang Yunge, the leader of the KWA fencing team, also turned the tables. When lagging behind with a score at 0:4 (out of five) in the first group game, Chang Yunge proceeded steadily and surely at a critical moment to equalize the score to 4:4. On match point, Chang Yunge struck back with excellent mental control and overcame the fierce competition. Outside the field, coach Mark, who was calm throughout, was thrilled by the performance.

The KWA fencing team has developed a good team spirit within three months. For the honor of the team, ace fencer Zhang Zhiye attended the tournament in spite of illness and won a silver medal, demonstrating the perseverance of an athlete. 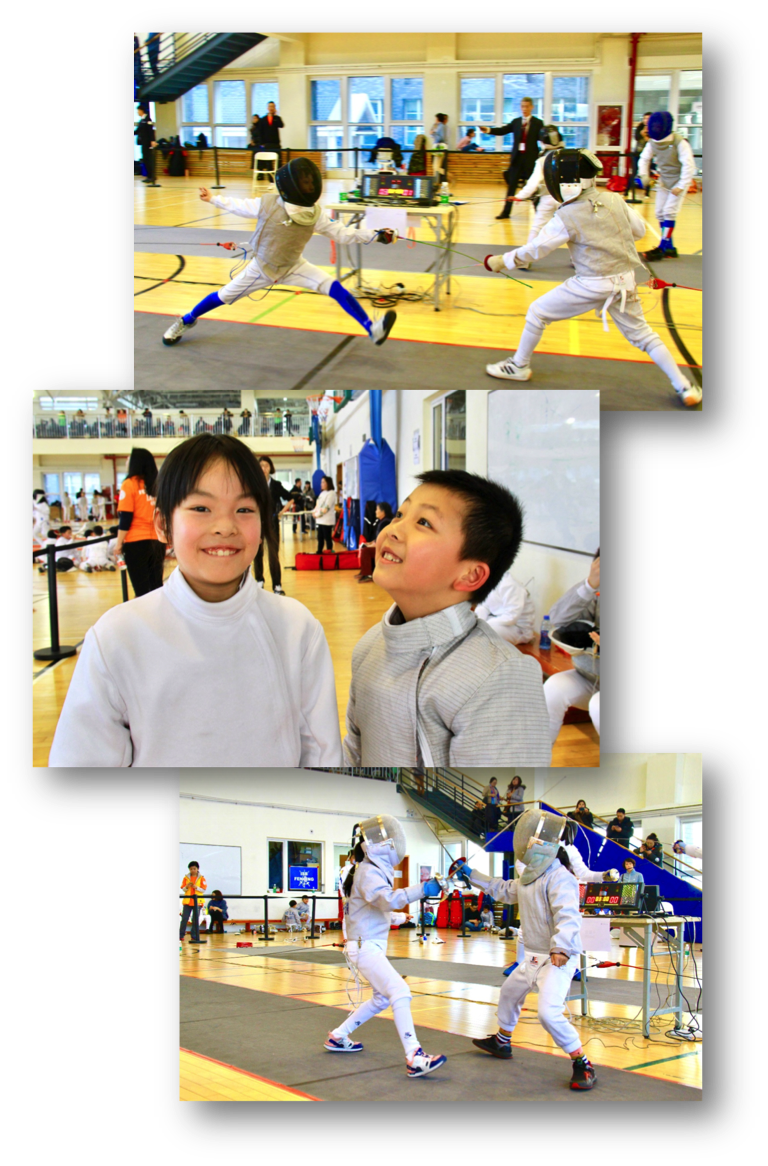 The tournament has produced many highlights. Su Yufan, in spite of a disadvantaged position, took the initiative and attacked bravely. Tian Ziqi played for safety and perfectly implemented the coach’s tactics when facing a strong opponent. KWA fencers have shown the courage of drawing swords in front of formidable opponents and fighting fearlessly. 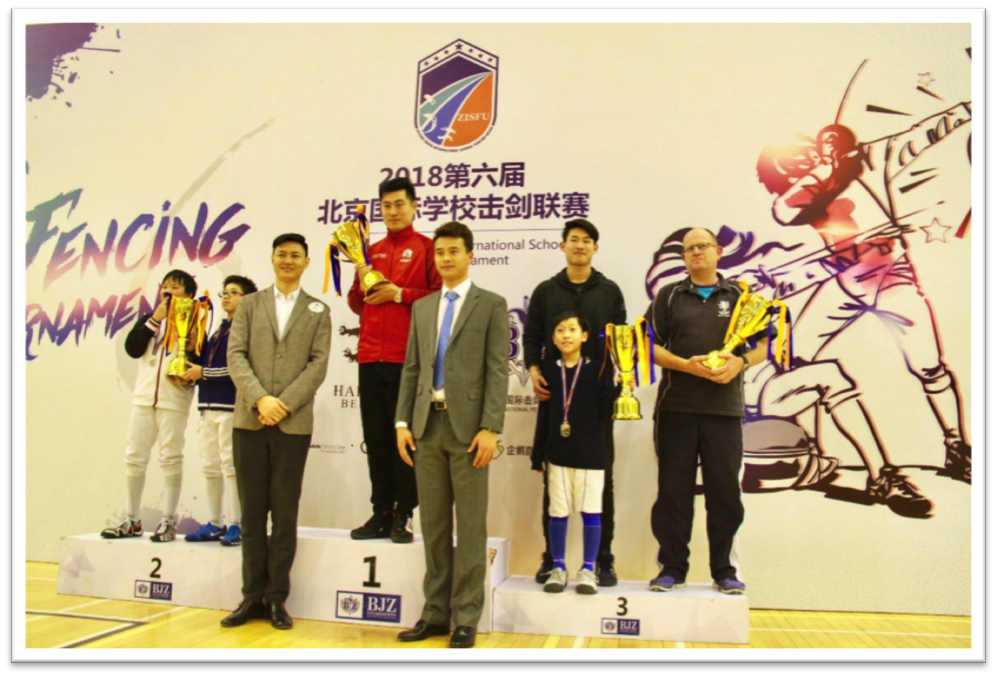 In addition to training in basic skills, the KWA fencing team has focused on concept guidance and cultivation of character. The team has been concerned about team spirit, perseverance, self-control, and self-confidence. With each strike like a thunderbolt, fencing is actually an art of war, in which psychological qualities and tactics are especially important. A fencer must attack like lightning, defend like an unshakable mountain, and be unpredictable like a cloudy sky. As an example of using this art of war in actual combat, young courageous KWA swordsmen knew how to advance or retreat and often came up with ingenious moves to defeat opponents.
The tournament has given young KWA fencers valuable real-world experience. Now the team is preparing for the next competition. Let’s all wait for their next battle when the KWA fencing team will draw swords and fight again.