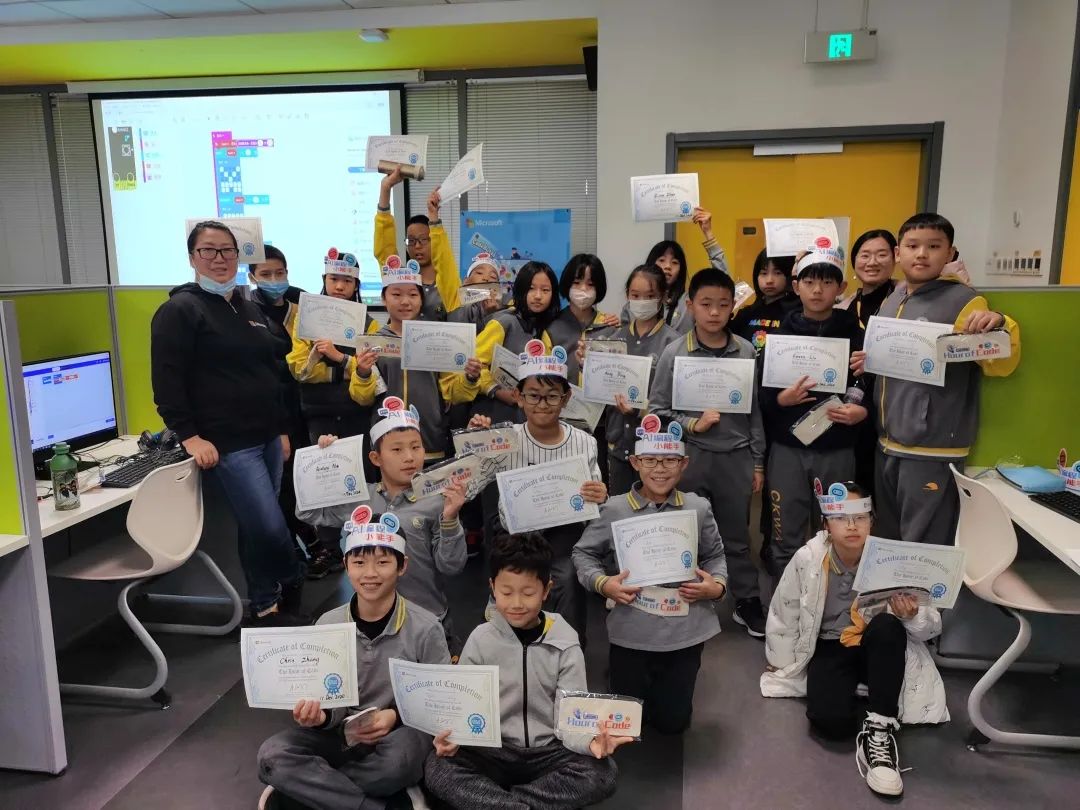 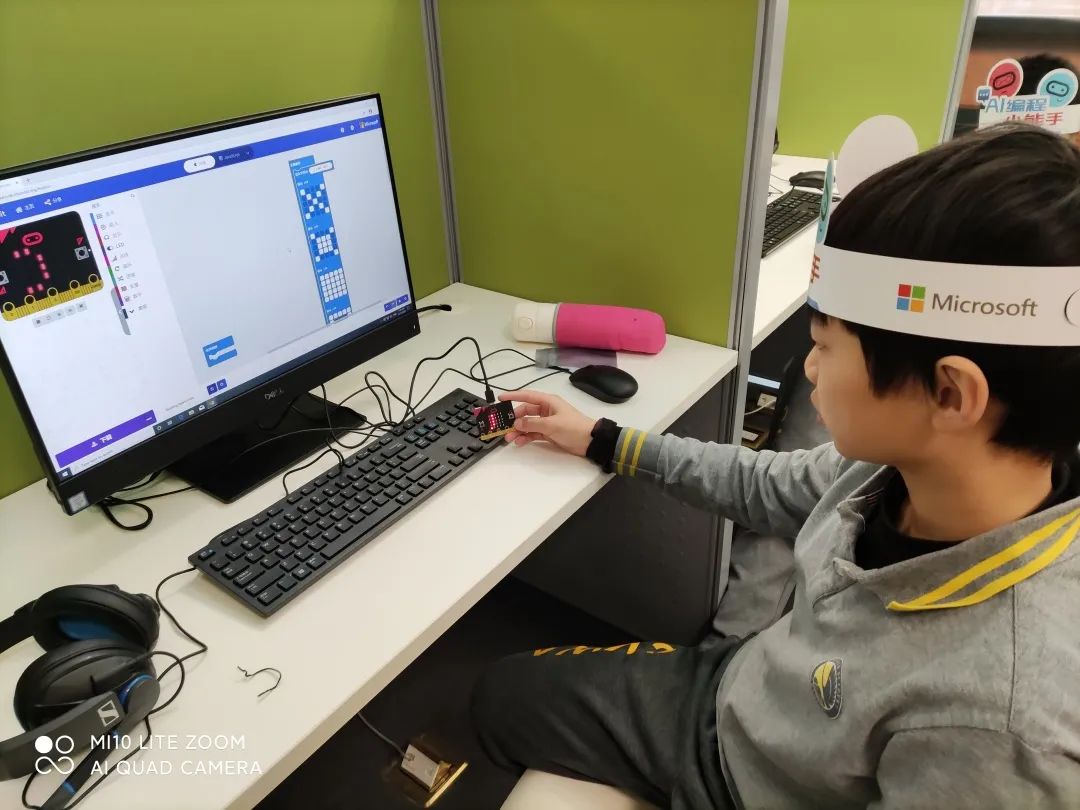 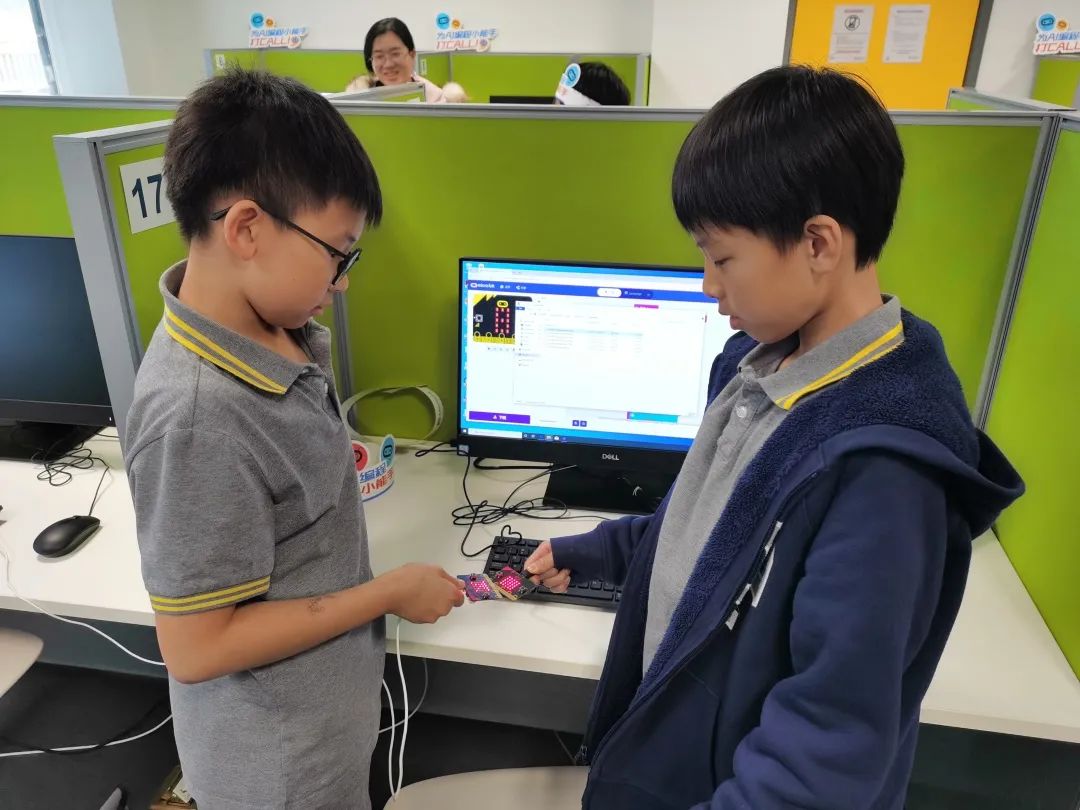 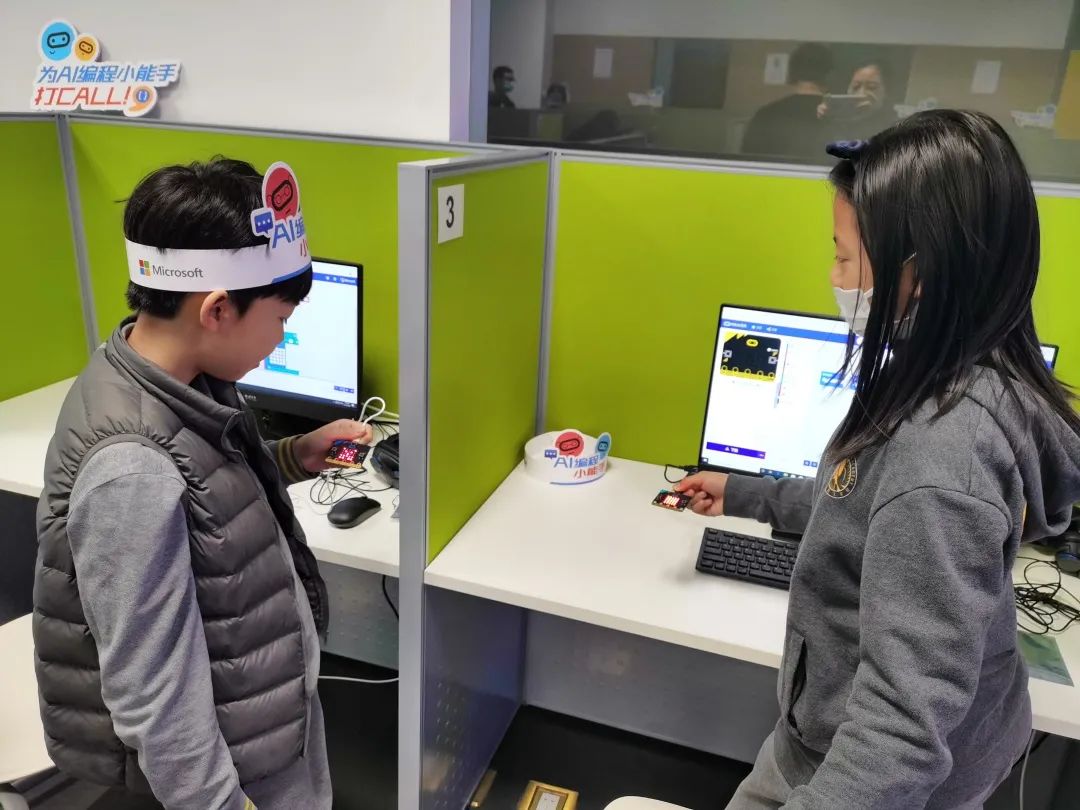 Students shook their hands and change the shape among rock, paper, and scissors in front the LED screen,  they enjoy themself playing ecah other.

In the activity, the students used Microbit chip to learn how to program LED lights. Through calculation, they worked out the light and shade effects in different positions. Finally, they made the neon sign named and designed by themself.

Not only that, the students also used the acceleration sensor to put the program finished on the computer program into the LED screen, and add variables to make a small game which could be called the electronic version of “rock, paper, scissors” game.

Jian Jia, a fifth-grade student, found it so interesting and made her realize the myriad possibilities of programming. Zhang Qizheng said that the teacher helped him solve the programming problems patiently. Zhang Congyue said she felt very proud when she saw the heart she had designed lit up on the LED screen.

Candy Lin, an IT teacher of primary school,  told us that CKWA introduced creative programming learning  for 3 to 5 grade in IT course of 2021, which adopts a blended curriculum combined CSTA standard and compulsory education standard and could gives full play of  digital multimedia. This kind of IT course could help children learn IT fitting their ages and  improve children’s mathematical thinking.